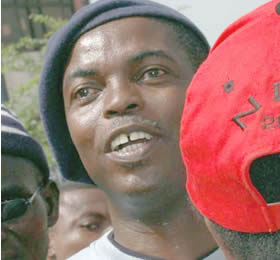 ... CJA calls for prosecution of official ... failure of the nation's accountability system .. Churches, professional bodies and academia silent
The Committee for Joint Action (CJA), a political pressure group, on Thursday called on government to immediately prosecute and punish officials identified in the Auditor General's report to have mismanaged or misappropriated funds. The group said the trial of officials was possible even without resort to the controversial rules regarding "wilfully causing financial loss to the state".
Mr Kwasi Pratt, a leading member of the group, speaking at a press conference in Accra, said the objective of the meeting was to dwell on the implications of the recent exposures of the Public Accounts Committee (PAC).
Members of the group present at the meeting included, Dr Nii Lante Percy, National Reform Party (NRP), Mr Ato Ahwoi, National Democratic Congress (NDC) and Alhaji Ahmed Ramadan of the Peoples National Convention (PNC).
The rest are Mr Okudzeto Ablakwah, former NUGS President, Mr Bernard Monah, PNC and Madam Ama Benyiwa Doe, NDC.
Mr Pratt demanded institutional reforms at the various public sectors coupled with better funding and empowerment of the accountability institutions established under the laws of the country including the Commission for Human Rights and Administrative Justice (CHRAJ) and Serious Fraud Office (SFO). He also called for measures to protect these agencies from executive interference.
He called for urgent action on the Financial Administration Tribunal, saying it was not enough for official to state, "work is ongoing".
"We have a crisis and we demand action. We also demand that the prosecution authority be given greater independence from the Attorney General's Department," he added.
Mr Pratt called for a code of conduct for all political appointees with real sanctions for those who failed to meet the minimum standards of accountability.
Mr Pratt, who is a member of the Convention People's Party (CPP), also expressed concern about "the failure of the nation's accountability system" to expose, punish and correct criminal misapplication of public resources over the last five years.
"Of course, not every public servant is incompetent or grossly dishonest. However the level of failure exhibited suggests that many in the senior echelons of the public service are indeed corrupt or incompetent," he argued.The CPP firebrand also questioned the silence from the pillars of social establishment such as the churches, professional bodies and academia, which he said, had remained deafening for sometime now. "Our so-called social leadership continues to delude itself that it is being politically mature as it tolerates this rape," he stressed.